No products in the cart.

Recent, current and upcoming news and events for:

ART:A Dictator Of Politics But Not the Imagination
By WILLIAM ZIMMER

JERSEY CITY— IN This House Trujillo Is Chief!” a series of 15 related paintings and works on paper by Freddy Rodriguez, does not, at least on the surface, look like a show of political art. The colors are garish and redolent of the Caribbean, and a viewer is seduced more than he is lectured to.

But the political content is stronger and more moving because Mr. Rodriguez uses the primary tools of art — color and shape — to tell his story: the oppression of the Dominican Republic by Rafael Trujillo from 1930 until his assassination in 1961. Mr. Rodriguez was born in the Dominican Republic in 1945, the heart of Trujillo’s rule, and moved to New York City in 1963. A series of related works is always an ambitious task, and Mr. Rodriguez says these paintings will be part of a larger history of the Caribbean that he intends to paint.

The first painting in the Trujillo series was done in 1983 and has the earmarks of that time in the New York art world. Neo-Expressionism was in the air and this meant bold shapes, colors and blunt statements. ”Inferno” has a background of jagged orange flames; at the bottom of this hell is, simply, a large black heart, as if it is the ruling force.

There is a jump to 1990 for the next eight paintings, which share certain motifs and vocabulary. These include a leafy branch, which can be a symbol of a bucolic life. But in ”National Symbol” (or Simbolo Nacional; all titles are in English and Spanish) two branches are turned upward as an ironic kind of laurel wreath, like those that crowned Roman emperors. The wreath surrounds an image of the national flag, and above these symbols Mr. Rodriguez writes, in a script that becomes familiar during the course of the show, the phrase that is the show’s title, ”En Esta Casa Trujillo Es el Jefe.”

But the most constant device the artist employs is collage with newspapers. Tellingly, the collage material is not political articles, but the pages of art gallery advertisements in The New York Times. This material is presented under a translucent acrylic coating whose color varies in each painting. In his essay in the show’s catalog, the museum’s curator, Alejandro Anreus, writes that Mr. Rodriguez is especially influenced by Latin American literature, in particular the writing of the Argentinian Julio Cortazar. Mr Anreus says Cortazar provided an outlook or a philosophy the artist adopted. He writes that Cortazar is ”an artist who never allowed his political commitments (to social revolution) to compromise his work and turn it into propaganda; on the contrary, the work had to be a constant search for freedom; be it formal or contextual.”

In putting his condemnation of a dictatorship against an art world backdrop, Mr. Rodriguez is chronicling his own most important present concern, his career as a painter, simultaneously with his past and that of his countrymen.

Flowers pop up constantly in these paintings. They can be rather dopey looking, like balloons on a string. Often Mr. Rodriguez gives the flower faces of concentric circles, and this turns them into stand-ins for fragile and vulnerable people. The brashest use of the flower motif is ”They Shoot Flowers, Don’t They?” across which he has written the word ”power” innumerable times. He even includes a gun-related pun, ”Flower Powder.” A singular departure from his established mode of working is ”This is How We Live in Paradise,” a painting that contains nine grid squares of chaotic color.

Some 1991 paintings seem to depart from an explicit or even implicit statement about Trujillo. ”Until When?” has the predominant aqua color of the Caribbean and a big yellow flower on which sits a butterfly. The ambiguous title question, (written twice in Spanish on the painting) implies that difficulties didn’t end with the assassination of Trujillo, but at the same time the cheerful imagery of the painting undercuts some of the urgency of the words.

Contrasting with ”Until When” is ”Crime Scene: Search Area,” whose predominant color is red, like the opening ”Inferno.” A police notice in English that warns the public to stop is the only collage element, and the word ”paradisio” is written at the bottom. It is as if to say that moving to the United States isn’t a permanent solution. The most recent (1999) contributions to the series are works on paper that feature a rudimentary house, surrounded or invaded by pools of color.

Mr. Rodriquez has always demonstrated a sense of humor. One of the collaged articles in ”National Symbol” is from New York Magazine and is about the Whitney Museum’s dismissal of its director. Certainly a museum dictator’s reign can’t compare with Trujillo’s but to an artist the chief of a cultural institution can be something of a nemesis. Also, one of the paintings with a bunch of forlorn flowers is called ”The Great Dictator,” and viewers might recall Chaplin’s farce. The catalog contains a chronology of events during Trujillo’s rule. While many are awful, some are ludicrous such as, from Aug. 26, 1938: ”The President promotes the 9-year-old child Ramfis Trujillo to the rank of Brigadier General.’

Galvanizing the exhibition and literally driving it home, are a couple of signs that Mr. Rodriguez saved as keepsakes of the Trujillo era. All Dominicans were required to hang inside their houses a gold plaque that said, ”In This House, Trujillo is Chief!” In spite of this, Mr. Rodriquez’s imagination flourished.

IN THIS HOUSE, TRUJILLO IS CHIEF

Diálogos, a new section focused on Latino and Latinx art, will help mark the 50th anniversary of El Museo del Barrio, the institution in East Harlem. It was organized by El Museo’s director, Patrick Charpenel, and one of its curators, Susanna V. Temkin. 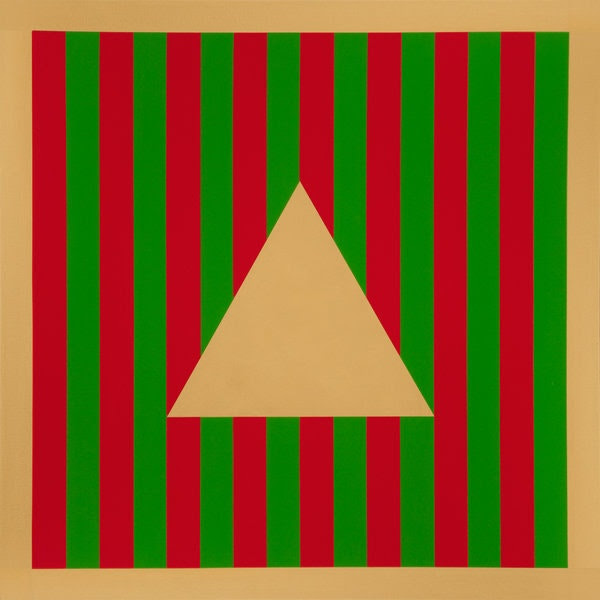 Mr. Charpenel was blunt about the necessity of Diálogos. “Latinx and Latin American representation is always really low at art fairs,” he said. “This gives us visibility.”

The prominence of the presentations, including the artists Marta Chilindron, Ana Mendieta and Freddy Rodríguez, is part of the “decolonization of culture,” Ms. Temkin said.

“I’m really excited about the Freddy Rodríguez work,” she added, noting that the painter is a New Yorker of Dominican descent. “Sometimes acclaim for Latin American artists is easier than for the Latinx, who don’t always fit into geographical categories.”